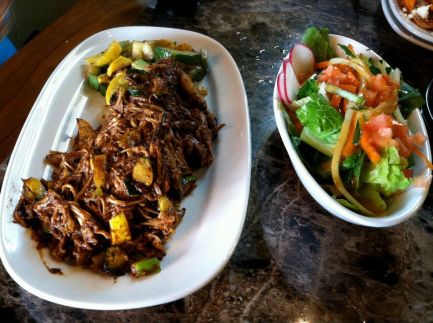 After running a restaurant in Dalton, Ga., catering to the Hispanic population of the area with traditional Mexican dishes, owners Steve and Irma Hyde recently opened Poblanos Mexican Bar and Grill back in June close to Coolidge Park, boasting that they bring authentic Mexican cuisine to the North Shore area. I had heard some good things about Poblanos from friends shortly after they opened, and having tried many Mexican restaurants around town, I was really hoping to find something different. The prospects were promising at Poblanos because many recipes were passed down from Irma’s Mexican family traditions, so I roamed on over to sample the selection.

Read the rest of my review at Nooga.com!